The South by Southwest conference (SXSW) has been held in March every year since 1987, in Austin, Texas. SXSW has evolved from a simple music festival to the most important conference for the digital creative industry in the world.

Impressively, the SXSW conference was hosted for the 31st time this year and saw approximately 100,000 international participants from almost 100 different countries. The schedule included well over 1,000 presentations, panels, and workshops on a diverse range of topics, such as Digital Advertising, Robotics, IoT, Autonomous Cars, Healthcare, Bots, Gaming, Music, and Big Data. Of course, the US elections and the ramifications of Trump’s policies also played a central role, with around 20 sessions on this topic.

In the “Interactive” category alone, there were over 3,000 speakers, and the great news about this year is that over 50% of them were women. This makes it seem like the #DMW could now be obsolete. We’re working on it 😉

All in all, there were countless panels on the topic of Women in the Digital Industry, such as Empowering a Billion Women by 2020 or Badass Buying Power: The Rise of Millennial Women, and there was also a lot of interest in networking events.

Flagship project from Hamburg on the international stage? Challenge accepted!

The city of Hamburg has had a presence at SXSW for many years now, and our co-founder, Sanja Stankovic, has also attended for the past few years in her capacity as a curator. When preparing and conceptualising the presentation, it was all about the question of “What does digital Hamburg stand for?”

Among other things, it stands for creating large networks from the scene, which are active on a national scale and have an influence on the digital industry. Alongside major exports such as 12min.me and StartupSpot, the #DMW really is THE flagship project with 17,000 members in the community.

For a long time now, the #DMW has been branching out outside of Hamburg, and is now active at nine locations in Germany, which is why the project team is composed of individuals from both the Hamburg and Leipzig contingents of the #DMW. We were on the lookout for partners that could support the project, and found them in facelift and teamfact, among others. We created a landing page and curated our programme.

What a day! #DMW go SXSW

On the 13th of March, with the sun shining – it had previously been raining cats and dogs – the time had come: we organised the first “Digital Media Women Day”.

Even our subtitle, “Talks, Burgers, Bubbles and Beer” got people’s hearts racing and people from all over the world were registering for the event each day. Alongside the wonderful, inspirational talks from international female speakers, the guests were also able to satisfy their appetites during the networking events with some tasty burgers. 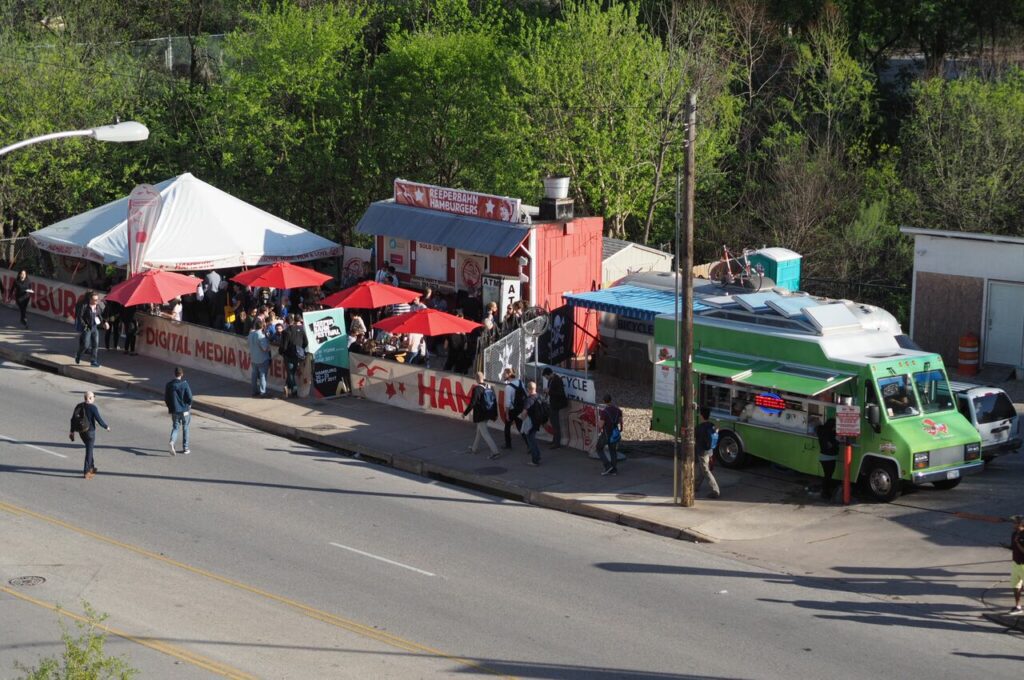 Reeperbahn Burgers and the City of Hamburg gave us a home for that day – Foto: Katharina Gless

The “Digital Media Women Day” was opened by our co-founder, Sanja Stankovic, and Chelsea Collier, Founder of the Intercambio Group. 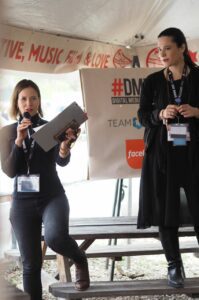 You could say Chelsea is Sanja’s American counterpart – a networker and a highly-committed Woman in Tech from Austin. She assisted us in curating the day and expanded the list of speakers with some very intriguing ladies. They both motivated the women in the audience by prompting and encouraging them to cheer each other on and to celebrate successful women.

All of the introductory speeches were inspirational. For example, Monica Cravotta (Director of Product Marketing WP Engine) filled us in on her five ‘M’s. Based on the principles “meditation – mantra – music – movement – more sleep”, she explained how we can maintain balance in our lives and make it through the madness of the daily grind. She encouraged everybody to try out new things and not be afraid of doing so. This is the only way to really test one’s abilities and discover new things. 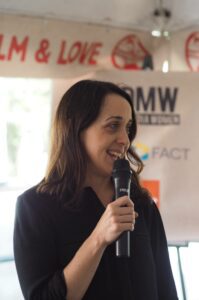 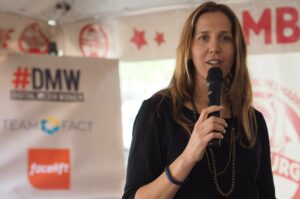 Again and again, women are told that we can have either a career or a family. Kate Niederhoffer, founder of Circadia, has proven otherwise. She spoke of her own experiences as an ambitious career woman while at the same time raising four children. “Would I be able to sit on an important panel with the country’s top experts just six days after the birth of my child?” Yes, it’s possible! Despite the many decisions you have to make, either professionally or personally, you should always know that it’s not just these decisions that make us and define who we are.

It’s not easy for everybody to relax and face important decisions head on, without fear. That is why it’s so important to liberate yourself from anxiety or even doubt. In response to the question from Chelsea Collier, “What would you say to your 30-year-old self?” Leslie Wingo (President of Sanders Wingo) gushed straight away: “Don’t be afraid”. A woman as powerful as Leslie Wingo can easily be believed and trusted. 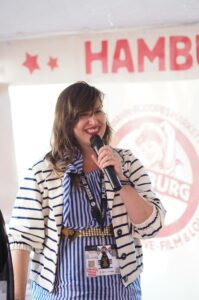 Speaking of powerful women, we were able to bag another great speaker for our event with Leah Hunter. Leah talked about “Visionary Women” during her talk, and about how we can be more open-minded in our perceptions of the present and future. With the help of defined principles, we can think bigger, and this rings true for all life situations. 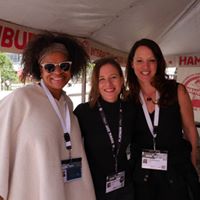 Lana McGilvray (Principal Blast PR) in fact wanted to debate the fusion of women, digital media, and music with Rosemary Waldrip (Music Audience Exchange). However, Rosemary had to cancel at last minute, which meant that Lana was left to give a short account of her personal journey and the fear of failure she had as a young woman. She moved and inspired us. 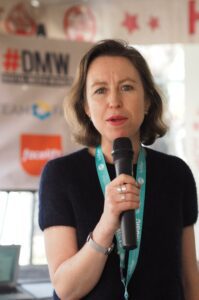 Similarly, Vanessa Read (PRS for Music Foundation) described the still-significant gender gap in the music industry and explained the discussions taking place on the scene. The arguments were very similar to those from the digital industry seven years ago, which were the reason that the #DMW was founded in the first place. 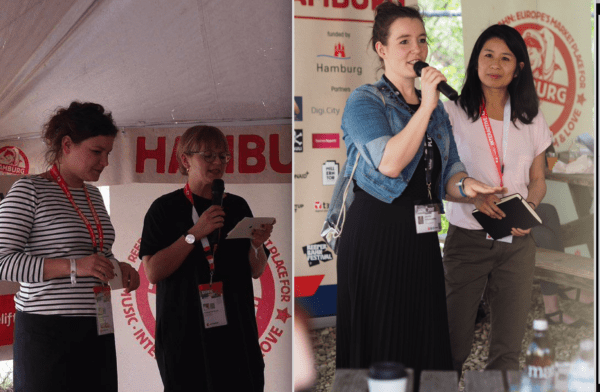 The topics of start-ups and corporates were also well represented. Jenni Schwanenberg (Innovation Evangelist, mantro) and Sin To (DMW, Hamburg) held a passionate discussion on the pros and cons of private and independent start-ups. Sandra Hofmann and Katharina Gless (DMW, Leipzig) spoke about the world of work and the human stories behind it. 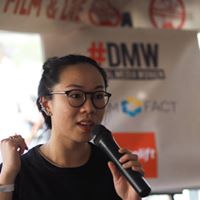 Natalia Tomiyama, founder of nüwiel, showed that start-ups aren’t just concerned with building online platforms, but also with the environment and urban development. The engineer developed an electric bicycle trailer for transporting goods, together with her co-founders, and spoke of her life as a female entrepreneur. 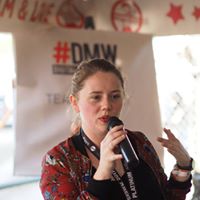 The Berlin network Queen, Kerstin Bock (co-founder Opnrs and Tech Open Air Festival) talked about the relevance, acceptance, and integration of communities. We can only achieve great things by working together; an idea evidenced by the success of her festival. 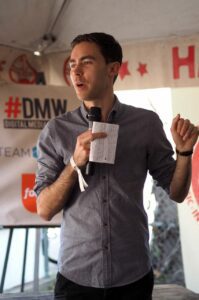 And our own rooster in the henhouse, Alexander C. Schaper (Managing Consultant, fischerappelt) seemed to have enjoyed being the only man in the line-up. His topic was Brands and Bots, and the current discourse at the SXSW festival made for a lively discussion.

We knew that it would be great, but we were pleasantly surprised that it was also legendary. The international visitors weren’t only intrigued by the #DMW, but also inspired by the female speakers, the visitors, and the excellent atmosphere.

This amazing resonance is so motivating, that it can only mean one thing: “post-SXSW is pre-SXSW”. 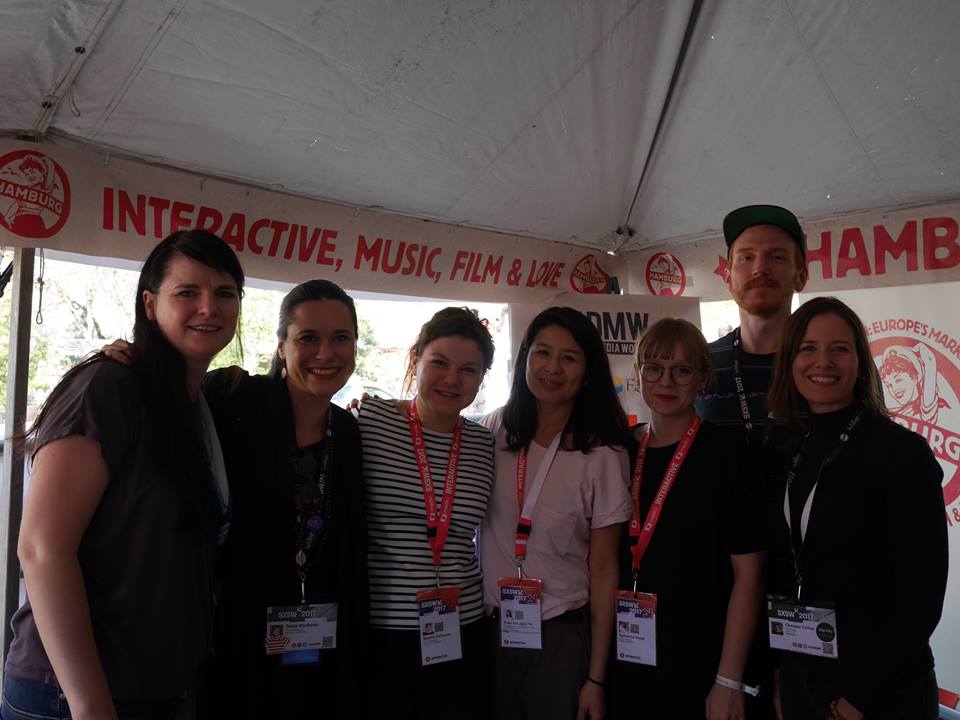 The fact that we were able to organise such an excellent, motivating, and inspirational day was largely due to our wonderful speakers, the organisational team, the Hamburg presence offered by Evelyn Sieber (Reeperbahn Festival) and Timotheus Wiesmann (IHM e.W.) and our partners, without whom this amazing day would not have been possible.

Final report from Sin To and Sanja Stankovic (DMW Hamburg).